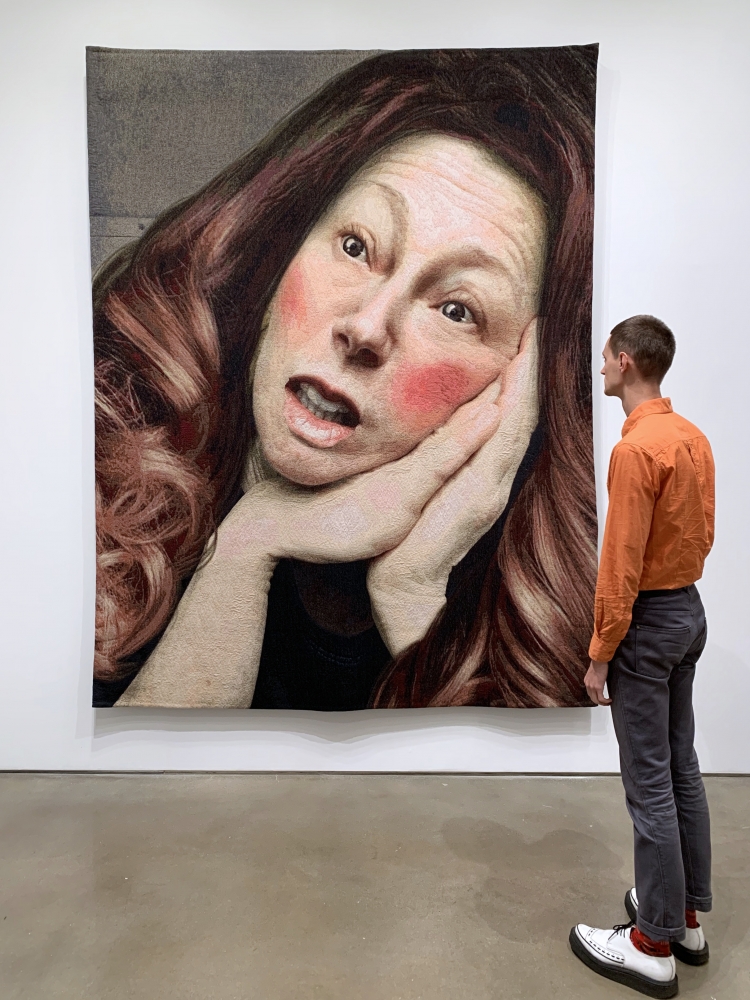 Shimmering as the light reflects off of their variegated surfaces, Cindy Sherman’s tapestries immediately dazzle the eye with their textures and intricate technique. Like their inspirations from the 15th and 16th centuries, they impose with their scale, reaching nearly ten feet in height. Take a step back, however, and the figures depicted in the weavings appear mildly ridiculous. With features stretched or warped, their bodies and backgrounds appliquéd with sparkly flowers and golden hearts or bedecked in absurdly donned props, these figures form a jarring contrast with the exalted and aristocratic medium in which they are rendered.

The source images were first posted by Sherman on her Instagram account, where since 2017 she has shared outlandishly modified portraits. Introduced by a friend to a makeup app intended to correct beauty “flaws,” Sherman has embraced the freakish extremes in alteration that such apps enable. The images break from her previous bodies of work in their casualness and lack of an implicit overarching narrative. Instead, these characters emphasize their own artifice and embellishment, highlighting the crude yet unnerving slipperiness of the digital realm. The exaggeration satirizes the arena of social media, where self-image is visualized and showcased for comment on screen.

The transformation of these images into a tangible physical medium—an ancient one, no less—might initially seem curious. The tapestries are produced by a workshop in Flanders (traditionally a major center of tapestry production) that is able to precisely replicate the digital images in woven form. The connection to this history is significant. Fine Flemish tapestries in the late medieval and early Renaissance periods were prized by the wealthy both for their material opulence and their utility—insulating for castle walls and relatively easily transportable. The material richness was frequently underscored with lustrous metallic threads, also present in Sherman’s tapestries. 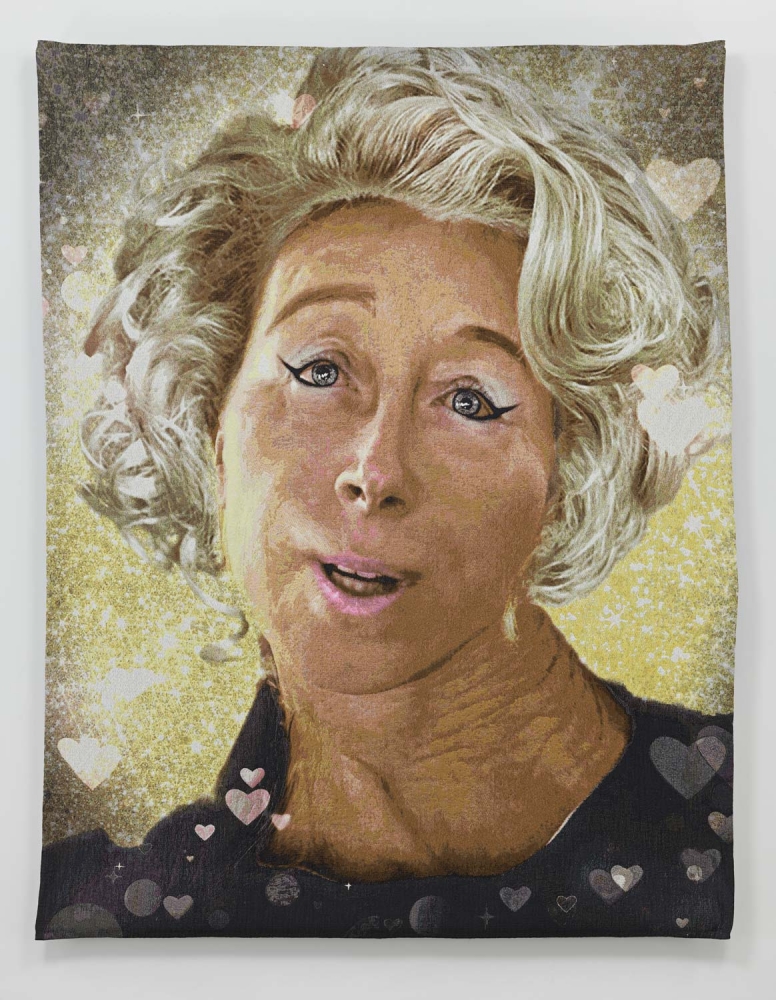 Are these paeans then to the selfie, ensconcing the digital avatar into the lineage of religious and historical scenes traditionally represented in tapestry? The medium does have an intriguing overlap with the digital screen. Several contemporary artists have explored the connection between both the pixel and binary code and the warp and weft of weaving. Up close to Sherman’s tapestries, one sees clearly the means of translation of the digital image into a material form. And to what end? The rouged cheeks of the gaping prima donna in Untitled #605 appear like bruised splotches, flat pancakes of maroon and pink broadly smeared onto the figure’s face. The flower crown and floating hearts of the cutesy portraits Untitled #604 and #607, respectively, literally glimmer with reflected light, not the emitted LED light of the smartphone screen. Never has an Instagram image glared in quite this way.

Translating the images into material form only furthers their initial premise. The digital artifice is made tangible, and the grotesquery is illuminated under the light of history. Sherman doubles down on the critiques of identity and the image that have been central to her work as their representation in mass media has changed and evolved with technology. Back to the future, indeed.

Cindy Sherman was born in 1954 in Glen Ridge, New Jersey, and lives and works in New York. Considered one of the most influential artists of her generation, she came to prominence in the late 1970s with a group of artists known as the Pictures Generation. She was the subject of a one-person exhibition at the Fondation Louis Vuitton, Paris, in 2020, following exhibitions in 2019 at the National Portrait Gallery, London, and the Vancouver Art Gallery. Her 2012 retrospective at the Museum of Modern Art, New York, traveled to the San Francisco Museum of Modern Art; Walker Art Center, Minneapolis; and the Dallas Museum of Art. Additional recent exhibitions include Fosun Foundation, Shanghai; the inaugural exhibition at the Broad Museum, Los Angeles; Queensland Art Gallery | Gallery of Modern Art, Brisbane, Australia; and Astrup Fearnley Museum, Oslo. Sherman has participated in four Venice Biennales, co-curating a section at the 55th exhibition in 2013. Additionally, her work has been included in five iterations of the Whitney Biennial, two Biennales of Sydney, and the 1983 Documenta. She is the recipient of the 2020 Wolf Prize in Arts and has also been awarded the Praemium Imperiale, an American Academy of Arts and Letters Award, and a MacArthur Foundation Fellowship.

In February 2021, Sprüth Magers will present an exhibition of Sherman's tapestries at their Los Angeles gallery. 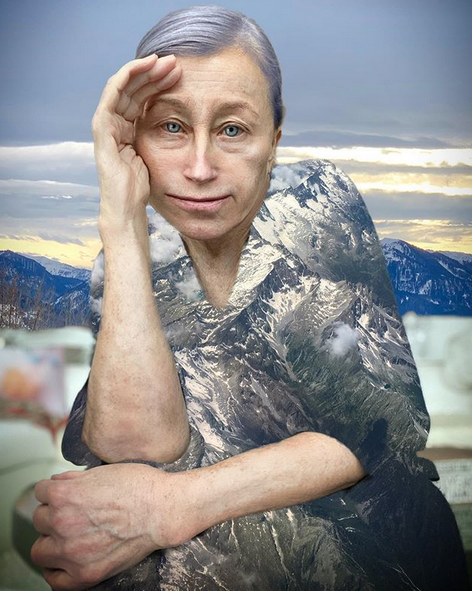