One Show on Top of the Other 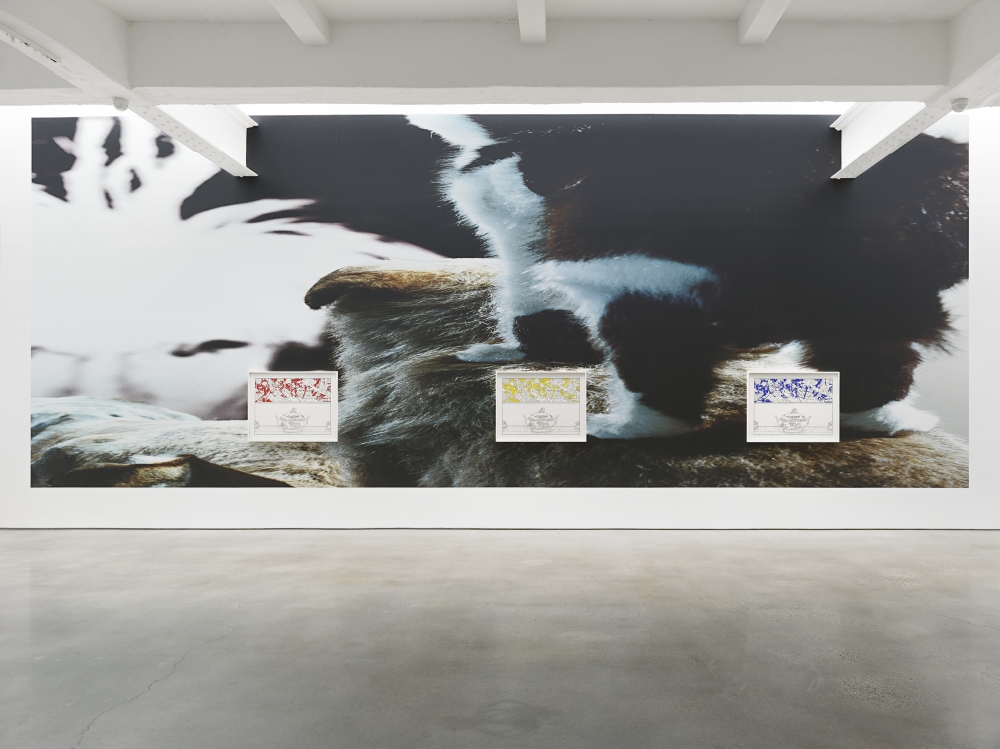 Louise Lawler presents two exhibitions––one on top of the other.

Distorted for the Times is a selection of Lawler’s works that have been digitally altered to render a sense of unease, as what is to be seen is abstracted into something illegible. Lawler has taken photographs of artworks in various locations and recontextualized them throughout her career. In 2011, she began making works that are "adjusted to fit"—meaning the photograph’s original aspect ratio has been adjusted to match the dimensions of the wall on which it is installed, allowing the scale, location, and environment to directly transform the artwork. In 2017, she began applying digital filters to distort selected images. Three of these distorted and/or adjusted vinyl works are on view here, along with a selection of mounted photographs including Hair and Fur (both 2005/2019), closely cropped images of a Maurizio Cattelan artwork using taxidermied animals and an Andy Warhol fright wig self-portrait. 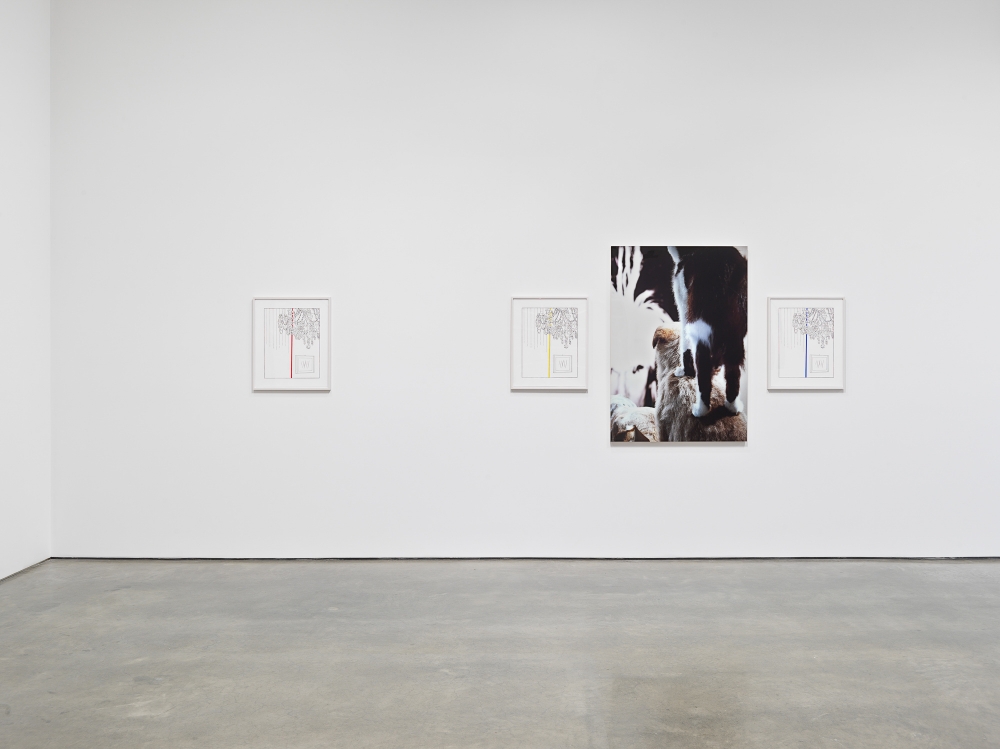 A Given (Red, Yellow, Blue) presents the artist’s Traced and Painted works together as a group for the first time. In these works, Lawler has painted small sections of print versions of her Traced works––black-and-white images created from tracings of her photographs made by artist and illustrator Jon Buller. The selected application of gouache in the primary colors red, yellow, and blue, its own art historical ‘given,’ abstracts the images even further than do the tracings. The areas the artist chose to paint complicate the hierarchy of what is given prominence.

The two shows are presented simultaneously—one on top of the other. 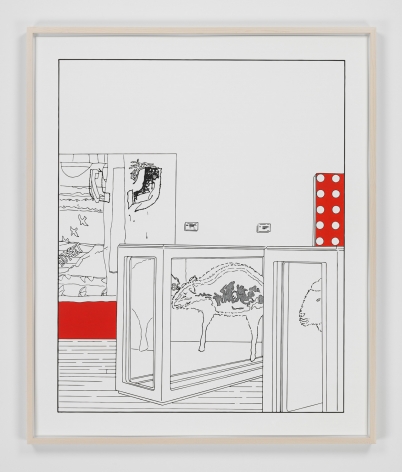 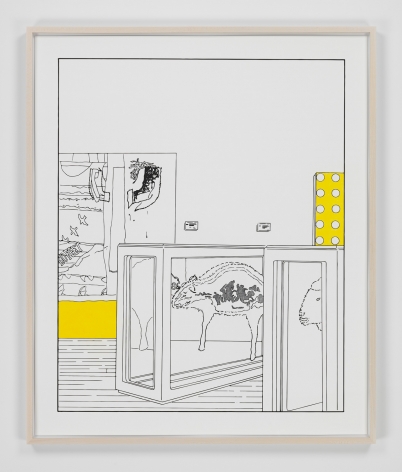 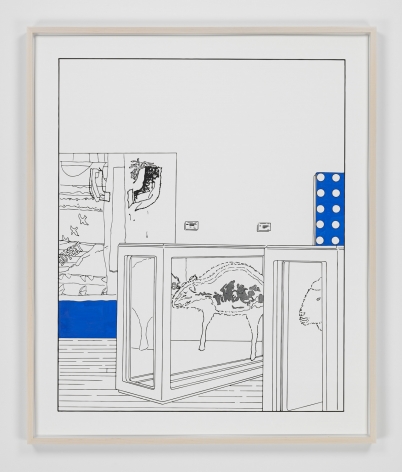 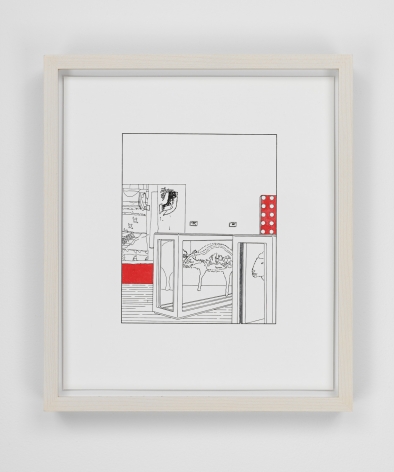 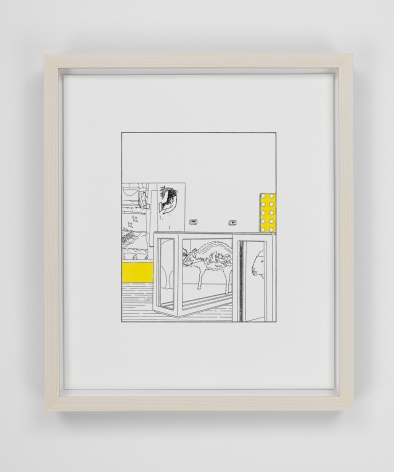 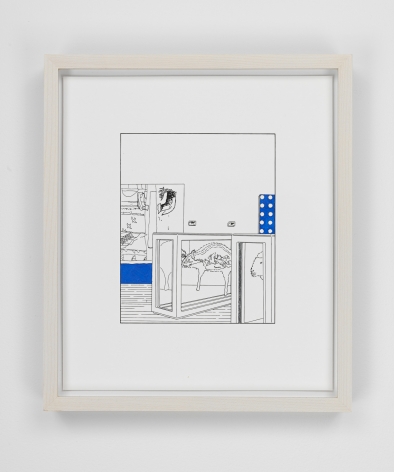 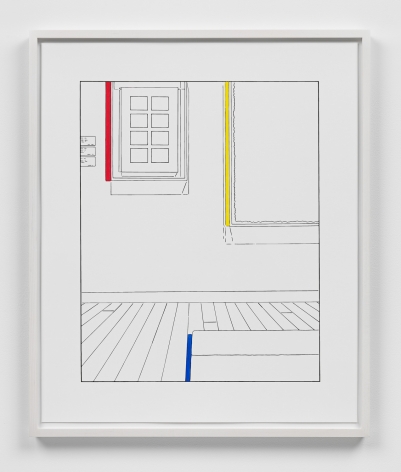 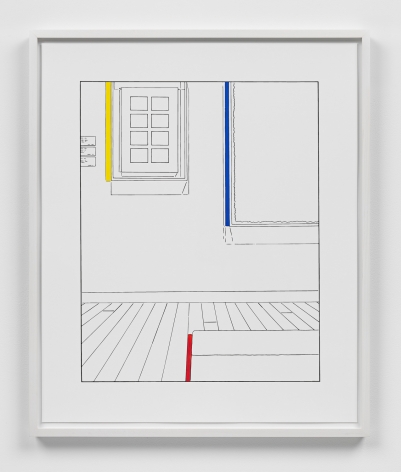 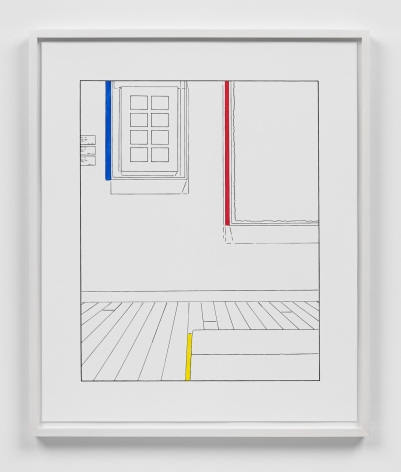 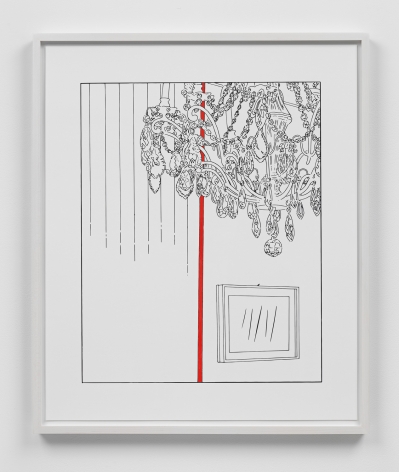 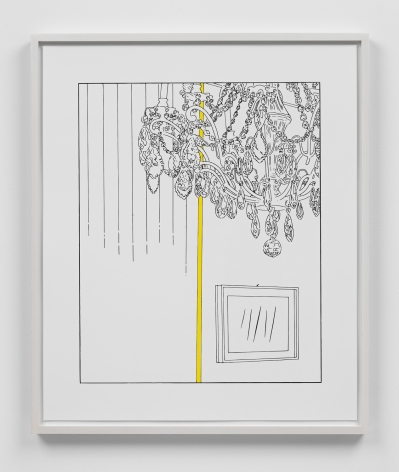 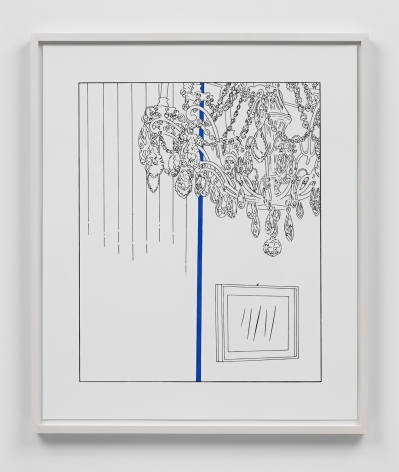 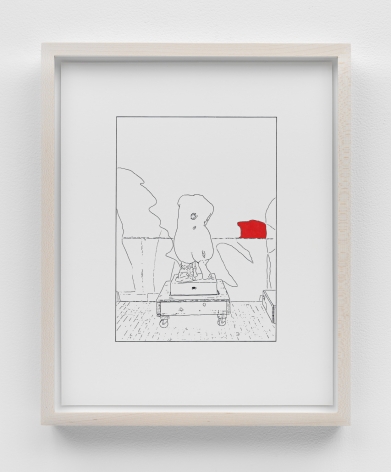 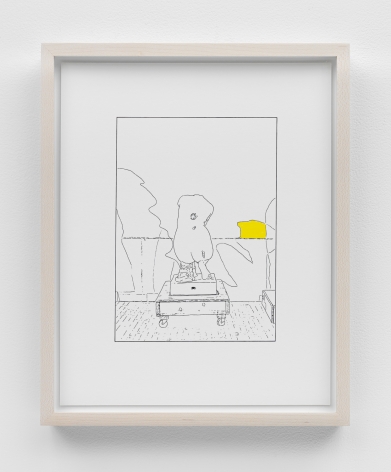 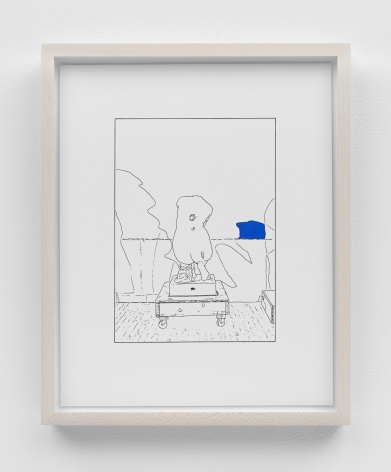 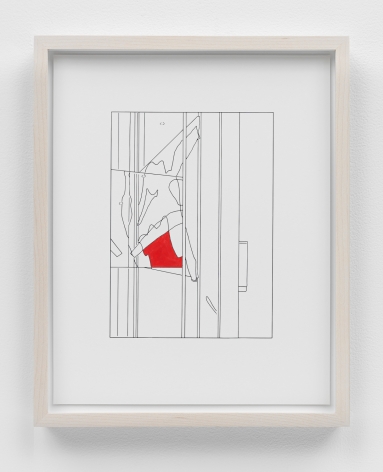 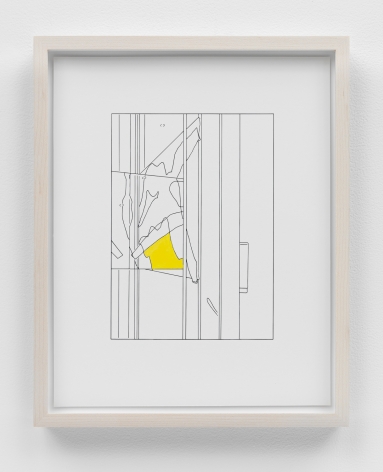 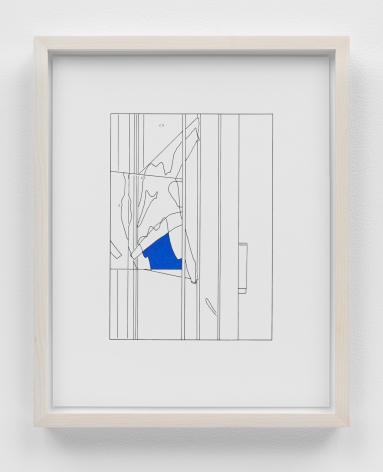 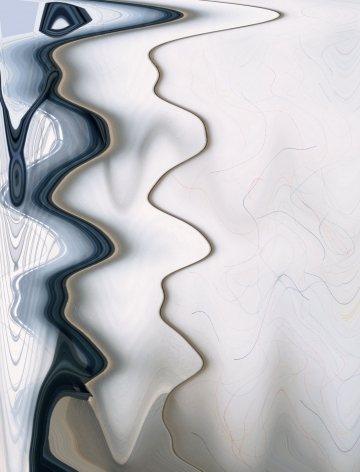 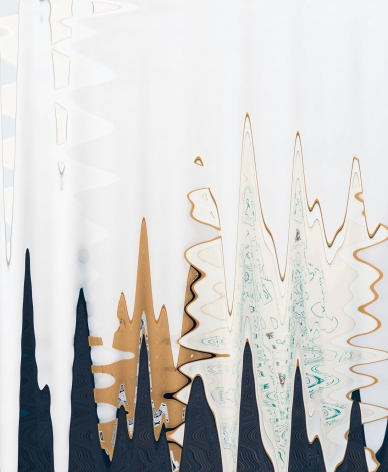 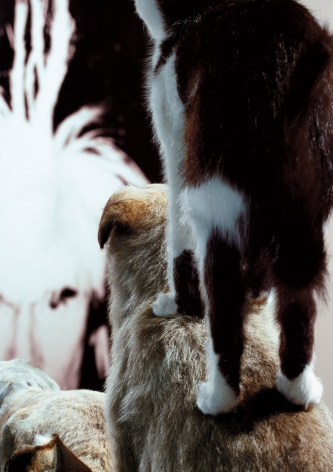 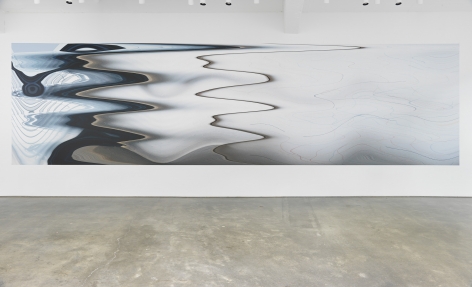 That Looks Nice (adjusted to fit, distorted for the times), 2015/2016/2018/2021.
Adhesive wall material, dimensions variable to match proportions of a given wall at any scale determined by exhibitor. 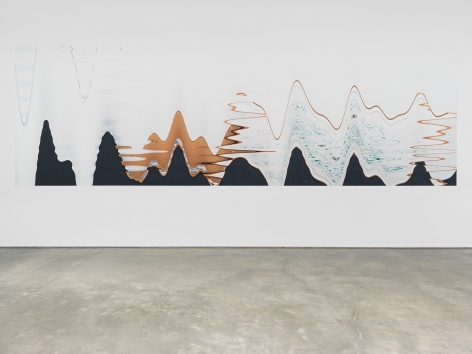 Corner (adjusted to fit, distorted for the times, perturbée), 2014/2018/2021.
Adhesive wall material, dimensions variable to match proportions of a given wall at any scale determined by exhibitor. 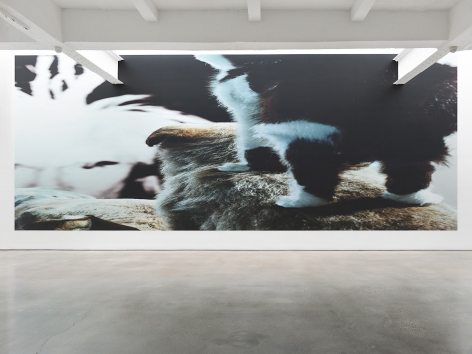 Hair (adjusted to fit), 2005/2019/2021.
Adhesive wall material, dimensions variable to match proportions of a given wall at any scale determined by exhibitor.

Lawler was the subject of a one-person exhibition, WHY PICTURES NOW, at the Museum of Modern Art, New York, in 2017. Additional one-person exhibitions include Adjusted, Museum Ludwig, Cologne (2013); Twice Untitled and Other Pictures (Looking Back), Wexner Center for the Arts, Columbus, Ohio (2006); Louise Lawler and Andy Warhol: In and Out of Place, Dia Beacon, New York (2005); and Louise Lawler and Others, Museum for Gegenwartskunst, Basel (2004). She has been included in numerous group exhibitions, including at the Walker Art Center, Minneapolis; Institute of Contemporary Art, Boston; MoMA PS1, New York; MUMOK, Vienna; Hammer Museum, Los Angeles; and the Whitney Museum, New York, which has additionally featured the artist in its 1991, 2000, and 2008 biennials.